Political Impacts of the Fall of Constantinople 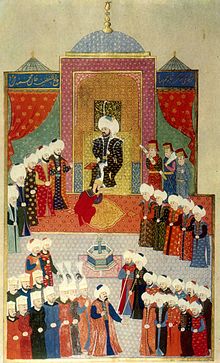 Mehmed II and his court
The Fall of Constantinople and the establishment of the Ottoman Empire had considerable effect on the rest of Europe, which was Christian, unlike the Muslim Ottoman Empire. As the Ottomans extended their control westward across North Africa and especially northward through the Balkans, as far as Vienna, Austria,  they were seen as a great threat to Western (Christian) civilization by the Western Europeans. That bias has lasted until today and is still going strong. The political price of owning the city of Constantinople was very great. It gave the empire easy access to go and conquer and rule more lands from a base in Europe  The Ottomans needed a base in Europe to further expand their conquests. This action has led to the hatred of Turks by most European countries. As a result, many historians suggest that the reason for Turkey's exclusion from the EU lies not in the modern age but in 1453, when the Fall of Constantinople made the Ottomans a great power.