fall of constantinople and the RENAissance 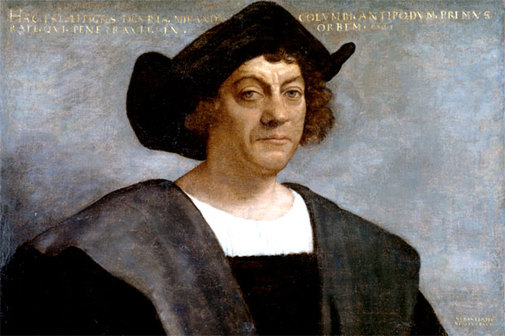 Columbus was one of the scholars and explorers who fled Greece and helped start the Renaissance.
The Fall of Constantinople directly affected the start of the Renaissance. Many Greek scholars fled Constantinople before and after the fall of the City due to the Ottoman menace  They went to Italy, where they were welcomed. They took with them many books and manuscripts written in Greek. In Italy these were translated into Latin, and the information that they contained, much of which was from Classical Greece, nearly a thousand years before, played an influential role in the intellectual life of the Renaissance. Several historians even believe that Columbus himself was born in the island of Chios and immigrated along with many others to Italy as his own writings were in Greek. The influx of scholars and explorers from Greece together with the economic monopoly on Mediterranean trade by the Ottomans helped jump start the age of exploration where the new world was discovered. Even though the Fall of Constantinople was a dark and terrible event, it led to the beginning of the Renaissance, which helped pull Europe out of the Dark ages and into the modern life of the New Age.
Next Page
Powered by