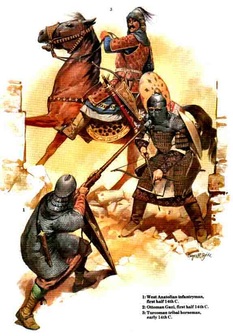 The Ottoman Army was much bigger and more well equipped to endure the long siege than the army of the Byzantines. The generals of the Ottomans were trained in elite groups known as the janissaries. These elite soldier were the Seal Team Six of the Ottoman Empire and served as quick and strong men who took out the front line of defense. The Ottoman Strategy was to hack away at the walls of Constantinople until they fell and then invade. 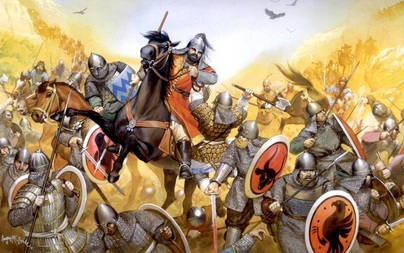 The Byzantine Army was tiny compared to their Ottoman counterpart. They required help from their Italian allies just to get through the siege and the generals knew it was a hopeless defense from the start. The Byzantine Strategy was to stay behinds the walls and defend and fix the broken walls when the cannons stopped blasting for the night. The Byzantines lasted 55 days when the Ottomans finally broke through on May 29th, 1453 and invaded the city; looting, pillaging, and destroying the majestic city of Constantinople.
Next Page
Powered by